Will DevOps prevent bottlenecks in your organization? - Quartet Service

Will DevOps prevent bottlenecks in your organization?

Will DevOps prevent bottlenecks in your organization? 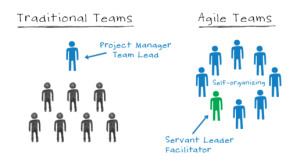 In an ever increasing age of complexity and moving parts, DevOps offers an easy solution for promoting communications and collaboration across silos in your organization.

Aimed at creating an environment of co-operation and collaboration between software developers and IT operation professionals, DevOps help remove production bottlenecks.

Traditionally IT companies and departments have been fragmented, with each department working on separate tasks, with little to no communication occurring between the different segments. This segmentation has worked well in the past, but has also created issues. Such as silos in the organization, increased miscommunication between different departments, and problems due to collisions of opposing processes, cultures and technology.

We have seen over the years many companies moving towards a more complex and specialized workforce, which is due in part to a better educated populace and the ever growing demands of companies by their customers, but this specialization has made things more complicated.

With an increased specialization of information and tasks, segmentation can be fatal to ongoing demands and ever increasing changes, as departments won’t be able to shift or move in a timely manner due to their limited response time and closed circuit communications.

Therefore SMBs will need to evolve and change the way their organization operates if they want to continual grow and run in this day and age.

So how we solve this massive isolation and communication issue within companies?

The answer is DevOps.

DevOps stands for development and operations, and is primarily used as a way of indicating increased communication between the different departments and offers a lean approach to software and technology delivery, which not only helps improve communications and illuminates the isolated silos.

It makes the entire production of a product or service more agile.

This approach to delivery allows diverse teams of developers and operations to both build, test and use the software they are producing. Whereas the previous method of delivery was typified as separate coders building, and operations testing and using the final product with little to no communication during the process.

This intermingling between developers and operations creates more agile development, as the entire process from beginning to end, is available and the necessary changes are made as they go along, instead of the final product. This not only saves time, but also allows for faster time to market, lower failure rate of new releases, shorted time between fixes, and faster meantime.

The remarkable thing behind DevOps is that the principles behind it can be applied to any business or operation, and is not limited specifically to software development.

A good example of DevOps in practice is more hybrid businesses practices that create cohesion between different departments.

This is good and all, but what does it mean for SMBs?

Any manager or business leader will tell you how important communication is in any process. Miscommunication can be the death of any project or assignment before it has even left the ground.

The ability to communicate with your co-workers in other departments not only offers a different point of view, but also the ability to have insights and answers into problems you aren’t aware of. Even if you were to ignore the efficiency, security, maintainability of DevOps, the simple ability to have a better functioning and more open company is a constant goal many SMBs face on a daily basis.

DevOps just allows you to do it better.

Some examples of DevOps methodology is housing silos that work together in the same space, having weekly or daily meetings on progress of different projects or creating an open dialogue between collaborators throughout the developmental, experimentation and final stages of a products.

So make sure you’re aren’t being left behind.