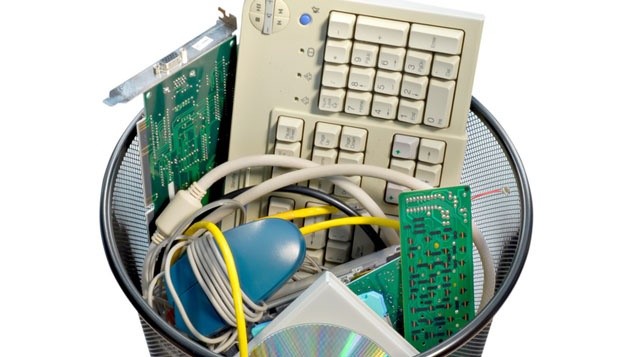 Over the years, through recessions, technology advances and general tightening of belts, IT departments have slowly shrunk.  We hear it from our internal IT counterparts all the time.  “When will the glory days of big IT return?” Mid-sized firms are affected most.  They are at the size that IT really needs to be important for them, but are still small enough that they can’t get “the best and brightest” working on the technical aspects of their business. They can’t get beyond the IT mentality of fixing what breaks vs. driving the business forward.

Recently we were pitching a prospective client and saw firsthand a situation which highlighted this almost perfectly:

Our main contact “Kathy” is the newly hired IT director of the firm. She brought us in to perform an IT audit as she wanted to get a perspective from an unbiased 3rd party.  When she was hired she was given a clear change directive from the President: the tech staff were spending too much time administrating technology and not enough time helping to advance the organization. That had to stop. The company was stuck with a never-ending IT treadmill of increasing recurring costs for similar performance and no strategic advantage.

Right from day one of the audit the IT-to-employee disconnect was very apparent. There was a clear line between IT and the rest of the business.  Many complained that their tech people were not aligned with the business needs: “they’re busy pushing their own last-decade agendas” and “will say- No, not possible – as an automated response to any ideas”, and our favourite: “it’s like we’re stuck in a bad marriage with our IT guys and there is no way to get a divorce.”  In other words, Kathy had her hands full.

To add to her challenge, the IT staff themselves were not bad workers. The infrastructure they had in place was aging, but well built.  Yet, somehow the tech staff were always busy, and never able to get beyond what they had already in place.  We also met with Kathy’s team. We quickly saw that the real issue was not technical, it was cultural. Many members of her inherited staff had:

Many of the worst offenders were focused solely on keeping their complex “machine” oiled and sputtering away. Kathy had been able to force a few needed projects for the upcoming year – their legacy Exchange servers were to be converted to Office 365 and their full file servers were going to be moved into Azure. However, what wasn’t being done was focus on business objectives, end user training, or converting the department itself into a profit center.

The end result was painful but clearly needed to be done.  A good half of her team was let go, a distressing experience for everyone. Many of the day-to-day IT functions were outsourced (unfortunately not to Quartet). However, the remaining staff, slowly but surely started to thrive, partially because of Kathy’s leadership, but more so because they were getting involved in the business. They were now working on projects that were in direct alignment with marketing and product development. The organization, needless to say, is flourishing like never before.

Is your IT staff aligned with the business objectives? Are they overwhelmed with administrative tasks or are they proactively thinking about the business?

A decade ago, there was a lot of new tech that needed to be set up —networks, directory servers, mail servers, company laptops — and a lot of baby boomers who still needed help transitioning into a computerized workplace.  This is where IT generalists were a perfect fit. Those days are long gone.

The growth of mobility and work from anywhere advancements are causing businesses to demand IT support 24/7. At the same time, increased competition is driving businesses to focus on time-to-market and lower-cost solutions. Technology advancements should be making it easier for SMBs to adopt pre-packaged industry solutions through cloud computing, thereby eliminating the need to work with IT to purchase hardware or install applications. At the same time business line leaders are becoming more tech-savvy and willing to adopt new technologies without support from the IT department.

Today’s internal IT leaders need to ensure that technology is the knowledge and process conduit of the business. However the classic ‘IT guy’ is simply not built to accomplish that.

The turbulences mentioned above have led to technology silos. These silos have increased data fragmentation, caused confusion about IT’s role, increased security and compliance risks, and decrease transparency across the organization. The end result: it is more difficult to innovate, keep costs in check, adapt quickly to market changes, and achieve business objectives.

Combine all of these factors and the future is clear: the oversized, centralized IT department of 2001 is a relic that’s never coming back. For organizations to thrive in 2016, and beyond, IT needs to focus on the reality that companies are keeping fewer IT staff, hiring more consultants, and focusing their IT resources on software/applications, the cloud, and mobile devices.  This means the heyday of the IT generalist is done. And IT specialists are thriving.

A few years ago we started with a new client by augmenting their staff (i.e. having some of our technicians at their office at all times assisting their internal IT department). The role of the staff we have there is simple:  keep the machine running. The internal IT team doesn’t work on tasks and projects such as; staff support, backups, patching or converting to Office 365– we do that. Instead there is an internal IT person assigned to each department. That person works closely with them to understand their needs, their goals and their frustrations.  The IT staff then report to the IT Director for overall management and project prioritization.  It’s a brilliant set up that is working to advance the firm beyond the rest of their industry.

They have built an IT culture where the business strategy is technology’s top priority.  For every IT project the staff now have a vision, clearly understand the business strategy, and have thoroughly considered the appropriate road map that will support it effortlessly after deployment.

Since the inception of this model, we’ve seen our client move well ahead of the curve in areas such as unified communication and mobile customer management. They are now starting to make significant decisions on strategic direction based on big data driven analysis.  They also have an agile infrastructure set up as the foundation for future scalable business growth.

This is a massive success story on how to organize IT to effectively address a variety of business needs. This client has taught us that organizations should thoroughly identify internal stakeholders and prioritize their business requirements, and then organize their IT arm to effectively support the business change. Clear responsibilities and standardized processes are not only essential for operational excellence, but also for IT executives to balance strategic, tactical, and operational projects.

How would your organization benefit from greater IT alignment? Are your tech projects only about the current ‘machine’ or do any of them advance the organization?

The solution we’ve described can be a daunting one. As a result many mid-sized organizations are outsourcing more and more of their IT. There are several factors organizations should look at if they’re considering outsourcing.

Here are some situations that signal it is time to start outsourcing your IT:

When people talk about their IT departments, they always talk about what they’re not allowed to do, the applications they can’t run and the lengthy waits to get anything done. There may be rigid and inflexible policies filling the air with animosity. None of this is a good foundation for organizational growth.

Obviously, we at Quartet can see the other side of the fence as well. Internal IT departments are usually treated as a cost center, just above same day couriers and catering in the corporate pecking order. They are never the hero when things go right and are running perfectly, but face the wrath of everyone when THE EXCHANGE SERVER IS DOWN!

At the same time, IT job security is often dependent on making things hard, slow, and complex. What if the Exchange Server didn’t require two people to babysit it at all times?

Mid-sized organizations need IT, there is no question about that. However, they need IT that either helps reduce costs or helps increase revenue, period.  IT can no longer be about just fighting blue screens anymore.  Those who refuse to change will be left behind.